James 1:12 Blessed is the man that endureth temptation: for when he is tried, he shall receive the crown of life, which the Lord hath promised to them that love him. 13 Let no man say when he is tempted, I am tempted of God: for God cannot be tempted with evil, neither tempteth he any man: 14 But every man is tempted, when he is drawn away of his own lust, and enticed. 15 Then when lust hath conceived, it bringeth forth sin: and sin, when it is finished, bringeth forth death.

I was lying on the couch one night and from the corner of my eye, I thought that maybe, I was pretty sure, that it was possible, that I had definitely saw a mouse running along the baseboard. The truth is that it REALLY WAS a mouse. I HAD A MOUSE IN MY HOUSE! From that very horrific experience I was able to spend time with our friendly wild life control expert, Dave Bowers of Bowers Wildlife Control, who taught me many lessons about mice. The first thing he taught me was there are many myths of mice that people don’t realize. Join me as we explore the Biblical parallels to this very crazy chapter of my life:

MYTH #1: IF YOU IGNORE THEM THEY WILL GO AWAY

After I saw that first mouse I got this great idea that if I would just not say anything that my wife Bobbi would never see them. As the mice colony grew it became unmistakable that there was an issue. The pot boiled over when one night as I was laying on the couch  and I heard a scream that reverberated throughout the entire neighborhood, DAVID GET UP HERE NOW!” Once I got upstairs, Dr. Bobbi was standing on top of the bed screaming. A mouse had just jumped out of her book bag and several of them were running around the room. I had ignored a very serious issue and created an epidemic in my own home. Mice were running around my house like it was a playground.

Robert Zoellick stated, “All of us make mistakes. The key is to acknowledge them, learn, and move on. The real sin is ignoring mistakes, or worse, seeking to hide them.” 2 Corinthians 6:2 tells us “Behold, NOW is the accepted time; behold, NOW is the day of salvation.” The time to act is NOW. We must get our house in order NOW.

BIBLICAL PARALLEL: THE LIFE OF SAMSON

The spiritual issues of your life will not go away just because you ignore them. You have a heart problem, which requires a heart solution. In the Bible we read of Samson who had spiritual power and performed feats that were unmatched by any other man. In the process of this fame he became careless with God’s power and ignored the traps of temptation.

HIS FALL INTO TEMPTATION WAS A PROGRESSION:

MYTH #2: ONLY DIRTY PEOPLE HAVE MICE

The idea is that mice are nasty creatures that they are only attracted to real dirty houses. The picture here is of someone who never cleans their house, has food lying all over the place and lives in the nasty part of town.

My friend Dave told me that mice are no respecter of houses. Mice get into new houses and old houses. You can find them in the city or the country. In an office complex or a barn. Wall Street or your street. ANYONE can get an epidemic of mice.

The truth is that we also feel that spiritually only dirty people face temptation. We imagine the dirty old man with an illicit magazine and the third generation felon having issues with the law. Romans 3:23 tells us, “For ALL have sinned, and come short of the glory of God.” The truth is that we are all sinners. It’s not just “Bad People” that struggle with temptation; it’s everyone.

We live under the illusion that if we set the trap and catch the mouse than our house will be clean.

Bowers said that the ratio is 1 to 5. If you see one, than you can bank on the fact there are at least four others. They always come in packs.

Sin Grows. This is the undisputed truth of the spiritual struggle. If you see a weakness in someone you can be sure that there is more where that came from. James 1:14 But every man is tempted, when he is drawn away of his own lust, and enticed. 15 Then when lust hath conceived, it bringeth forth sin: and sin, when it is finished, bringeth forth death. I remember my father saying over and over:

LESSONS I LEARNED FROM THE MICE

A) IF YOU FEED MICE THEY WILL MULTIPLY

I’m a visual guy. Everything I do has to have props and be larger than life. I love to preach and pass out mementos to everyone to help illustrate the point and help people remember the Biblical Truth. On one such Sunday Morning I preached what I thought was an exciting message entitled, “A SEED PLANTING, HARVEST REAPING REVIVAL.” To enhance the experience I passed out zip lock bags full of birdseed. This was a real neat idea but the problem was once the message was over, I threw the remainder of the unused birdseed into the basement. Bowers concluded that the mice had feed on the birdseed that I had thrown in the basement months earlier. I had literally feed and bread my own mouse colony! By the time it was all over there were 63 MICE!

B) DON’T SNIFF AROUND TRAPS

I was laying on the couch and watched a mouse come around the corner and stiffed the peanut butter. It passed by the trap and a few minutes later, what appeared to be the same mouse came back and sniffed again. Once again, the mouse passed and kept going. Again, the mouse came again and took more time sniffing the peanut butter and leaned in a little too far. BAM! The mouse sniffed the trap too many times and it ended its life.

In the ancient Greek writings, strange creatures called sirens appeared to sailors. They inhibited coral-encrusted Islands or rocky straits that were particularly hazardous to the ships. Sirens are usually depicted with the faces of women, the bodies of birds, and the voices of angels. Their songs were lovely, but ever so fatal. Their melodious voices and near-angelic appearance caused the sailors to veer from the safe, deep-water channels and journey close to the dangerous Islands. Just when it looked like their ships would escape harm, the razor sharp shoals shredded the vessels and the sailor’s lives would be lost. There are similar voices calling out to Christians today. Like those mariners of yester-year, YOU MUST LEARN TO REFUSE THE SIRENS’ SONG.

C) CALL IN A PROFESSIONAL

Finally when I realized that this problem was much larger than anything that I could fix on my own, I reluctantly called in Dave. You must understand that Dave is much like Rambo (Or the Jack Bower of Pest Control). He walked into my house wearing a straw hat, cammo cargo pants, work boots, a toothpick in his mouth and holding a five gallon bucket in his hand. He stormed around the house setting traps. We were in the kitchen setting traps and a mouse jumped up from behind the refrigerator and was running on the counter, I yelled, BOWERS, and in one motion Dave caught the mouse, snapped it’s neck and threw it in his bucket!

Rambo than went to work. He set over 75 traps throughout the house. He laid out a strategic plan. He would place traps deep into the closet and then some right by the edges of the entrance. Bowers told me as he was leaving that during the night once everything settled down that we would start to hear the traps snap because they are pretty loud. He said he would be back in 24 hours to check the traps.

However, the moment Dave pulled the door shut, I heard BAM! A few seconds latter SNAP! POP! Within about ten minutes 15 mice had already been eliminated from the field of combat. My house sounded like the Fourth of July with all of the traps snapping.  All in all, after two weeks of trap setting and mice removal my house was cleared of these 63 PESKY RODENTS. My wife was so disgusted that she packed a bag and went to her brother’s house until it was safe to re-enter.

You can’t do this alone! My father always says, “Some things take a long time to mess up and it takes a long time to clean it up.” It took quite a while for me to create a colony of mice in my basement and it took us two weeks to exterminate them. The same is true with your spiritual life. Some of the deep-rooted bitterness, rebellion and hurts from life will take a while to repair.

Galatians 6:1 tells us, “Brethren, if a man be overtaken in a fault, ye which are spiritual, restore such an one in the spirit of meekness; considering thyself, lest thou also be tempted.”

If you are facing temptation and pressures in life, you need to call in a professional. Get connected with a leader, parent or peer that has been through the temptations of life and can help you navigate the traps of life. You need to find people who have:

Young mice you cannot navigate all of life’s traps by yourself. You will need the love, support and direction of those who have a victorious testimony. MY CHALLENGE TO YOU This week is to make contact with a more experienced mouse – Friend, Parent, Leader, Mentor – and ask them for help. This doesn’t have to be anything amor. Just ask them for insight, prayer or a resource to help you with a specific issue in your life.

If you feel real adventurous, next time you are at the store purchase a mousetrap and a sharpie. On the back of the mousetrap write your number one temptation that you are currently struggling with. Use this as a daily prayer reminder for strength in this area. 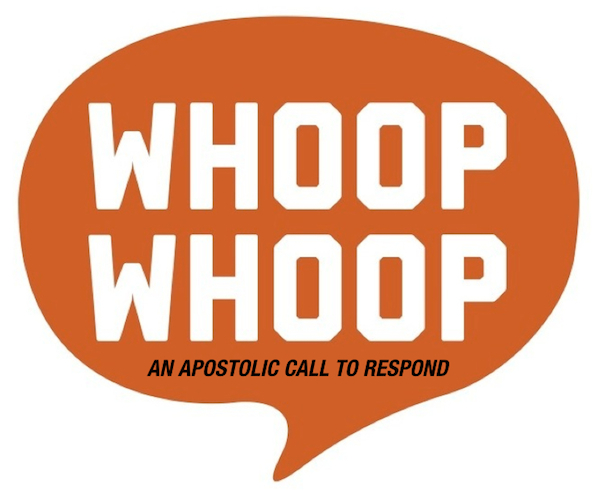