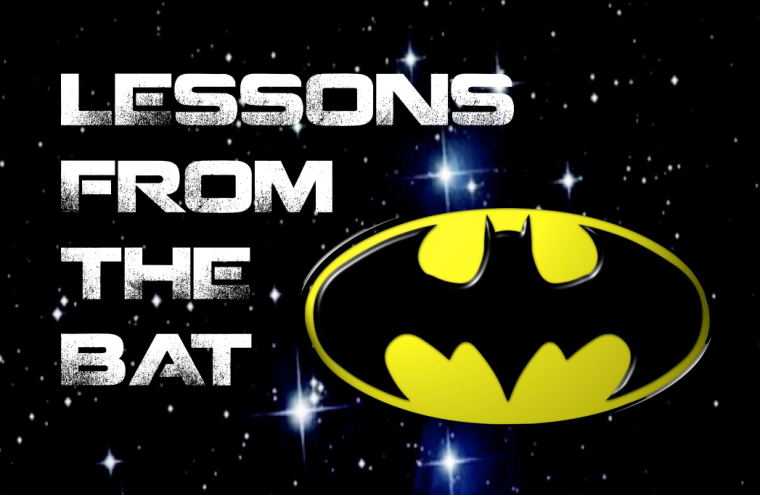 I will never forget! I had stayed up with my newborn girl, Rose Petal, until 1:00 AM. I was very exhausted and fell sound asleep. Suddenly, I was awakened out of a dead sleep by an intense pain in my finger.

I shouted OH! OH! OH! THEN I heard SHREEEEEEEEEEEEEK! I jumped up and turned on the light and looked at my hand and realized there was blood on my finger. Then, writhing and heaving across the foot of my bed . . . was a bat! Boys and girls, ladies and gentlemen, I David Todd Morehead, had been bitten by a bat!

My heart began to race as I grabbed a broom and begin to beat mercilessly on this defenseless bat that had bitten me. I then called 911 and they transferred me to the poison control center. The lady whom answered had broken English and asked me three times if I had provoked the bat. I told her NO! I was sound asleep. She told me to hold the place of the bite under warm water than take the bat, place it on ice and go to the emergency room.

When I entered the emergency room and approached the sign-in desk the receptionist was ASLEEP! I finally woke her up and she asked what my purpose was for being at the ER? I said, “I have been bitten by a bat.” She looked at me and said, “Sir, are you drunk?” I said, “no ma’am, it is in the car on ice in a McDonald’s cup, would you like me to go get it?” She said no and sent me to another person who had me fill out paper work and checked my blood pressure. She said my blood pressure was unusually high and asked if there was any particular reason for this. “Yes ma’am,” I replied, “I WAS BITTEN BY A BAT!” She said, “That’s interesting, I’ve never heard of that before.” INTERPRETATION: ARE YOU DRUNK?

After that several doctors and nurses came to the room and said things like, “Are you the one that was bitten by the bat?” One doctor came by and said, “Young man you will be the first person in the history of this hospital and maybe even in the state of Michigan who will have a documented bat bite.” INTERPRETATION: ARE YOU DRUNK?

LESSONS FROM THE BAT

By the time it was all said and done I had 6 total trips to the ER, wasting 12 hours of my time, received 10 shots and cost the insurance company over $12,000! This whole experience equaled about $2,000 per visit. While this is bizzare and very funny I did learn some very important lessons from my bat friend that I would like to share with you:

1) YOU REALLY WERE BITTEN

The truth is, I really was bitten by a bat. Regardless of how many people look at me weird and say disbelieving, “I’ve never heard of that before,” The truth remains . . . I was bitten.

Life can be very cruel. The fact is that many of us have been bit by bats of life. I know many good people that have endured divorce, been cheated, had your heart broken, or suffered the loss of a loved one.

When you talk about it, people look at you with that look as to say, ARE YOU DRUNK? ARE YOU CRAZY? ARE YOU A DRAMA QUEEN/KING? The answer is NO! To all of the previous questions: YOU REALLY HAVE BEEN BITTEN BY A BAT OF LIFE!

Through my bat bites of life I have learned the words of Matthew 5:45, “That he (God) maketh his sun to rise on the evil and on the good, and sendeth rain on the just and on the unjust.” Ecclesiastes 9:11 tells us, “time and chance happeneth to them all.” Both of these verses are saying that LIFE HAPPENS TO EVERYONE! Good and bad, rich and poor, young and old.

2) THE SHOT MUST BE AT THE ORGIN OF THE BITE

Finally, after being a spectacle in the ER for 2 hours, a doctor came and explained everything that was going to happen. First, he said that we had to run my thumb under warm water until it blistered so that we could find the exact place where the bat had bitten me. Secondly, he would have to give me a shot in the center of the blister . . . THE POINT OF ORGIN.

The bites of life are the same way. You can’t try to do great things in every other area of your life to mask the pain of the hidden part of you. Matthew 5:23 instructs us, “Therefore if thou bring thy gift to the altar, and there rememberest that thy brother hath ought against thee; 24. Leave there thy gift before the altar, and go thy way; first be reconciled to thy brother, and then come and offer thy gift.” The instruction here is that if you have a problem with your brother STOP what you are doing and GO BACK to the point where you were hurt and fix it there.

Most of our hurts deal with forgiveness. In order to ultimately heal your bite of life you may need to forgive your parents for divorcing, forgive your brother for dying, forgive the bullies in your life, FORGIVE GOD FOR ALLOWING ANY OF THIS TO HAPPEN. C.S. Lewis said it well, “To be a Christian means to forgive the inexcusable because God has forgiven the inexcusable in you.”

As I was sitting in the hospital room, a police officer stopped by to see me. He asked if I had the bat with me. I told him it was out in the car on ice. He said, okay let’s go get it. We went to the car and I handed him the bat in my McDonald’s cup. He said he would then bring it to the poison control center to have it tested for rabies. The doctor told me that just because I was bitten did not mean that it was fatal but we needed to start the treatment right away just to be safe.

Matthew 10:28 tells us, “And fear not them which kill the body, but are not able to kill the soul: but rather fear him which is able to destroy both soul and body in hell.” Many of us have been bitten; we must start the treatment right away so that it will not kill our soul. All through scripture we see people whom have been bitten by life – some die and some survive and even thrive.

We have all been bitten, but it remains our choice whether or not we will get bitter or better. We must do the hard work to turn our life into an example that can strengthen and encourage those around us.

The doctor told me that along with the initial shot at the origin of the bite he would also give me shots on each arm and each leg. THEN, I would have 5 subsequent trips to the ER for 1 additional shot each trip. This process took over one month to complete my treatment. Although I am notorious for forgetting dates, trust me – I did not miss one rabies shot!

The shots healed up and the appointments went away but I still had to deal with the reality that I had been bitten. I was walking outside my house with a large tub to place in my truck when a bird flew around the corner. I hit the ground! Yes, I thought it was a bat. Anytime my wife would come down our creaky stairs it sounded like a bat. Shadow s from the blades of the ceiling fan would make me jump off the couch. My bite had healed up but I still had after effects from the bit.

The worst thing about bat bites is that they come in the night during your dreams. They disrupt your future plans. However, God has given me a “life verse” to help me get past the bats of life.

1 Thessalonians 5:24 tells us, “FAITHFUL IS HE THAT CALLETH YOU, WHO ALSO WILL DO IT.”

The imagery here is that of an old feather pen (everyone get your pen on your hand) and a jar on ink on your desk (dip your pen in the ink) and the old roll of brown parchment paper with the burnt edges down the side. Now take your pen, dip in the ink and write on this “paper” any thing you would like to see God write as the new script for your life.

I understand this is a crazy post, but it is real. I truly was bitten by a bat. I may or may not have met you personally, but I feel pretty certain based off of my experience talking with people that you have also been bitten by bats of life. My challenge to you is to leave this post and find a piece of paper and an envelope. Find a quiet place to think, pray and dream. Allow God to speak to you about how you would like to re-write your life. Write down the spiritual dreams you would like God to fulfill. Allow God to re-write your story!

Once you are done writing your “God Story” for your life, place the paper in the envelope and then place this letter in your Bible or safe place to reflect on later in your life to remind you of God’s promises for your life.